The main building of Kallio-Kuninkala.

Ask for more details about the technical equipment when placing a reservation.

The current main building, built in a neoclassical style, Ylä-Kuninkala is written down to have been completed in 1924, but spoken history claims the opening ceremony for its expansion was held as early as 1922. Ylä-Kuninkala was built over an old cabin located on a cliff, and its expansion was designed by architect Palmqvist. This massive, temple-like building architecturally represents the 1920s’ neoclassicism.

The main building underwent complete renovations once more in the years 1997-1998. In the process the building’s standards were lifted to meet the special needs of the Sibelius Academy. The complete renovation was designed by Architect Harri Hietanen, while Outi Lepäntalo oversaw the interior design.

On the lower floor of the main building, the room facing left from the entrance hall is partly furnished with items, that composing professor Selim Palmgren (1878-1951) and his wife Minna Palmgren née Talvik (1901-1983) had left for the Sibelius Academy in their will. 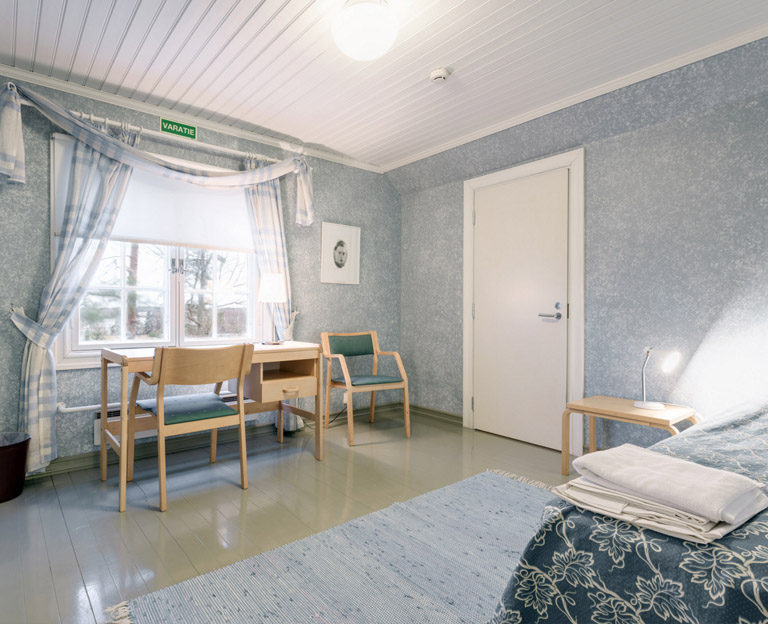